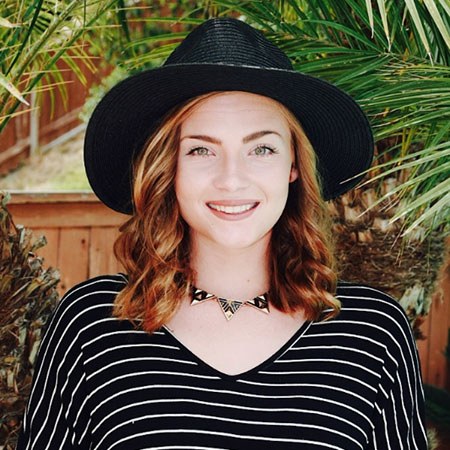 Alyssa began dancing at the age of 2 and a half in San Diego, California, and has been teaching since the age of 13.

Alyssa is trained in Tap, Jazz, Ballet, Hip Hop, Contemporary, Modern, Musical Theater, and Lyrical, and is still currently training with the hopes of becoming a Radio City Rockette.

Alyssa has trained in several cities including Los Angeles, New York, and San Diego. She has spent two summers in New York training with the Radio City Rockettes, In the Rockettes Summer Intensive. While in San Diego Alyssa taught at In Motion Dance Center where she also received most of her training, while choreographing for Bonita Vista Middle School’s Show Choir. Alyssa was Dance Captain of Bonita Vista High School’s Sound Unlimited, and received best performer at numerous competitions. Alyssa currently works in Entertainment at the Disneyland resort, and performs in Mickey’s Soundsational Parade, Fantasmic, and Paint the Night Parade. On top of her dancing experience, Alyssa was a representative for the city of Chula Vista as Miss Chula Vista 2013, and later went on to represent South County as Miss South County 2014.